We treat your gun right.

We treat you right.

Mark grew up in Colorado Springs, Colorado and spent summers on his grandparents’ farms in Kansas and Oklahoma where he learned the virtues of sweat equity and hard work. He spent a year at Emmaus Bible College in Dubuque, Iowa where he earned a certificate in Bible Studies before returning to Colorado to start a construction business and join the fire department. When he wasn’t working, he practiced the art of mountaineering and survival. Mark enjoys good discussions about history, politics, and doctrine.

After he married his sweetheart and started a family, Mark continued to work as a public servant in emergency medical services until he and his family volunteered one summer at the Whittington Adventure Camp. When he fixed a malfunctioning gun one afternoon, someone suggested he turn his hobby into his occupation–after all, the most reputable gunsmithing program in the nation was practically in his backyard. His interest piqued, Mark visited Trinidad State Junior College and enrolled the following week.

The family moved into a 100-year-old rambling house in the midst of a working cattle ranch so that he could attend the school. Across the road stood the original post office complete with firing holes back when mailmen had to fend off the Apaches, and arrowheads dotted the creek bank. Against this rich historical backdrop, Mark honed his skills–filing, measuring, assembling, and reassembling guns of all makes, models, and years. He began to grow his business in the beautiful, rural setting of Rye, but tragic national events spurred Governor John Hickenlooper to sign gun laws that sent shock waves through the firearms and sportsmen’s industries of Colorado. Mark and his family prayed and sought for a new town to call home, a town where he could continue to serve and raise their children (who will grow to be markswomen and capable gunsmiths).

Providence brought them to Whitehouse, Texas, a small town south of Tyler. They couldn’t be happier. Mark looks forward to helping the extremely hospitable people of East Texas enjoy their firearms by providing superior, professional service and becoming the preferred gunsmith in the region. 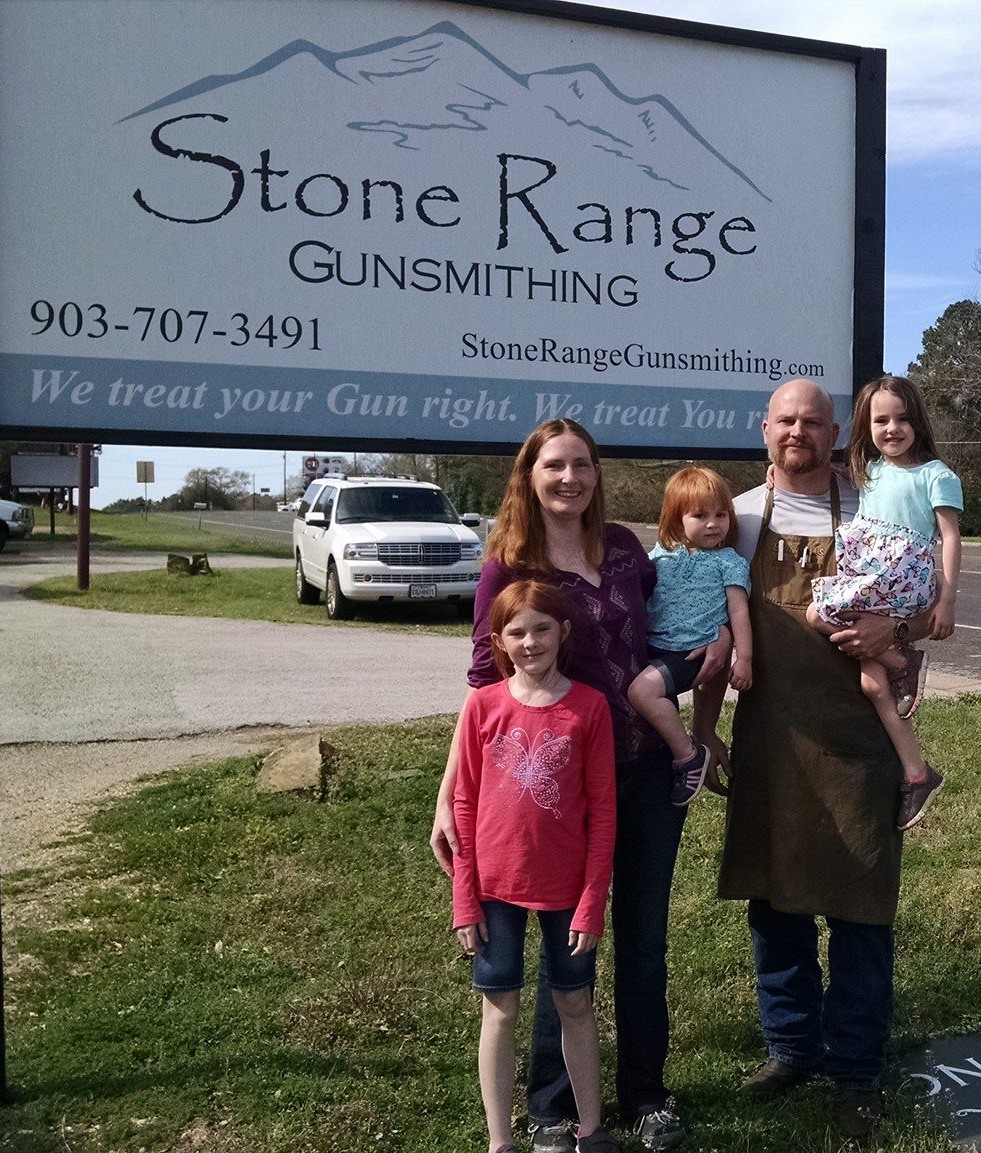